Brazilian Nites Productions and Guitar Salon International welcomes Yamandu Costa in a very intimate setting: a spectacular guitarist and composer who makes music with soulful passion, playful grace, and stunning virtuosity that has transcended the borders of Brazil and become universally acclaimed wherever he performs. Fans say: “Amazing and nuanced Brazilian music by a true guitar virtuoso. Gorgeous and impressive. So many emotions expressed with such an astonishing variety of sounds coaxed out of one guitar.”

Twice nominated for a Latin Grammy Award for Best Instrumental album (2010, 2014), just won Prêmio da Música Brasileira 2018 (Award for Brazilian Music) with “Quebranto”. Yamandu is a unique improviser and interpreter who does not fit into a single category, but instead creates his own when playing his 7-string guitar. Extensive touring has showcased his genius and natural ability of enchanting the audience at sold out venues in Brazil and around the world.

His 2018 U.S. tour begins in Miami on October 14th, with performances in New York, Seattle, San Francisco and Los Angeles. Check out the Event’s calendar for additional information. 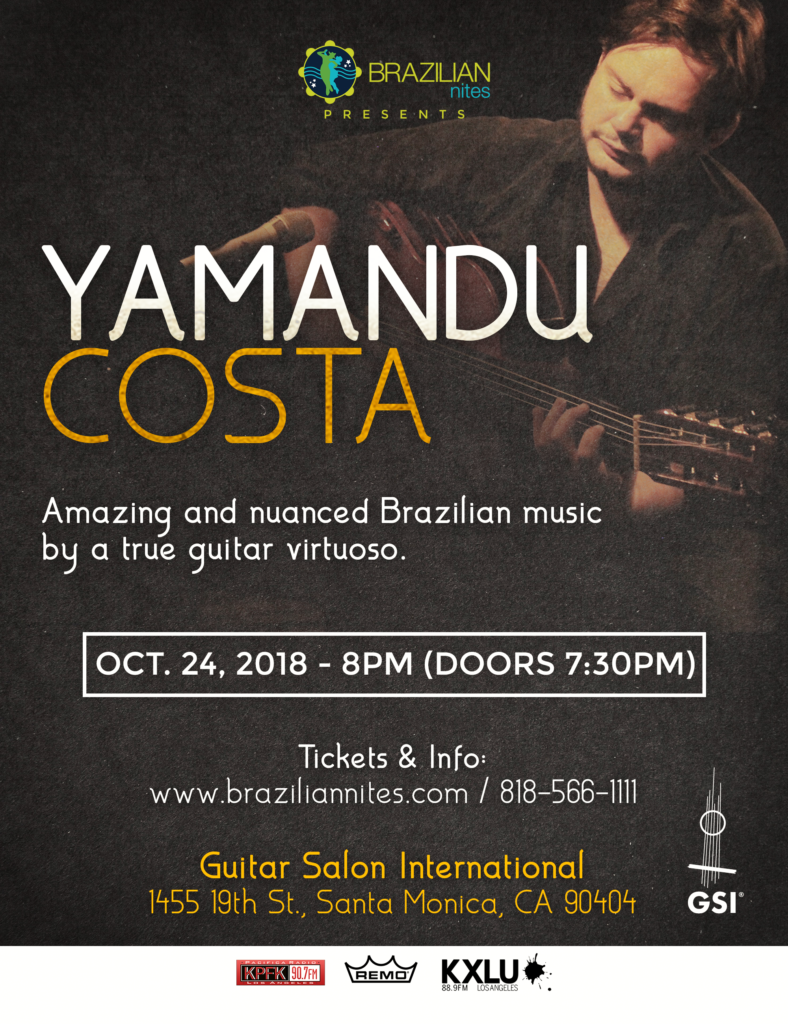