Samba Star Diogo Nogueira is on Tour in the U.S. 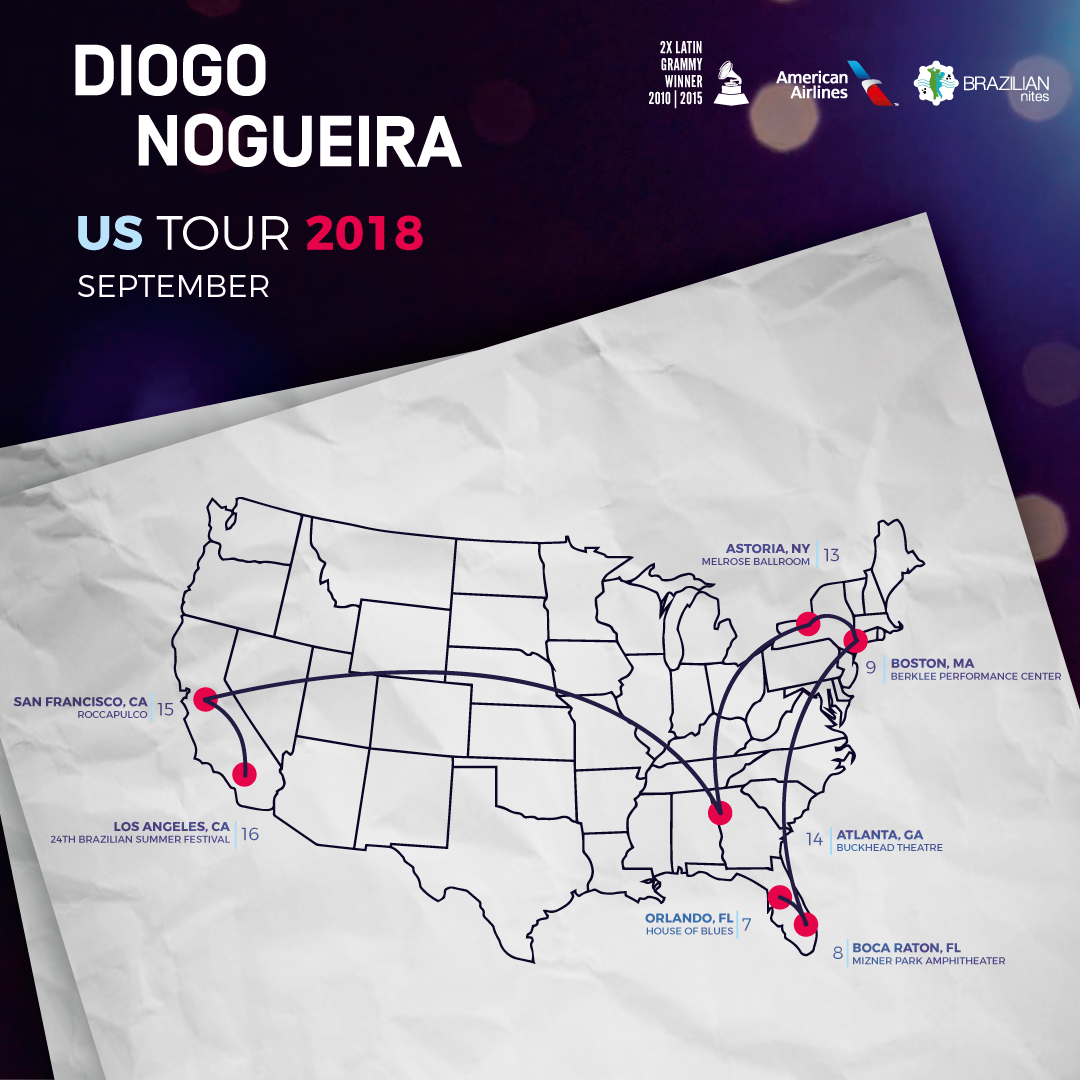 Two time Latin Grammy winner Diogo Nogueira embarks on a major US tour performing all of his hits, samba classics and more. He is one of the biggest names in Brazilian samba, the pulsating, wildly popular and joyous music synonymous with Brazilian culture. A multifaceted artist, Nogueira is a singer, composer, instrumentalist and also a TV and radio personality. He was nominated for the Latin Grammy for all of his seven albums, and won the category “Best Samba Album” in 2010 and 2015. His discography has earned six Gold CDs, and three Gold, two Platinum and one Double Platinum DVD. Completing a decade long career with over 10 million in sales, he has just released his first album of all original compositions, “Munduê” (Universal Music). The album has been widely embraced by the public, fellow artists and critics alike, confirming his place as a major star in Brazilian music today. Don’t miss this rare opportunity to see Diogo Nogueira live in concert on this major US tour!
BUY TICKETS NOW